Congress had gathered Wednesday to fulfill its constitutionally mandated role in counting the votes submitted by states last month, and they did their count properly: Biden won 306 votes and Trump 232.

Initially, it was expected that the main drama of the day would be efforts by Trump's allies in Congress to object to the results of certain states. It was always clear that those objections would fail, but Trump raised the hopes of his supporters that the day would somehow turn in his favor – for example, with a dramatic intervention by Vice President Mike Pence, who led the process.

But Pence understood that he had no such power to interfere in the count, and he finally decided to make this publicly clear just as Congress was about to begin its session at 1 p.m. east. Soon thousands gathered in front of the Capitol, also because Trump had encouraged participants in a rally to go there. 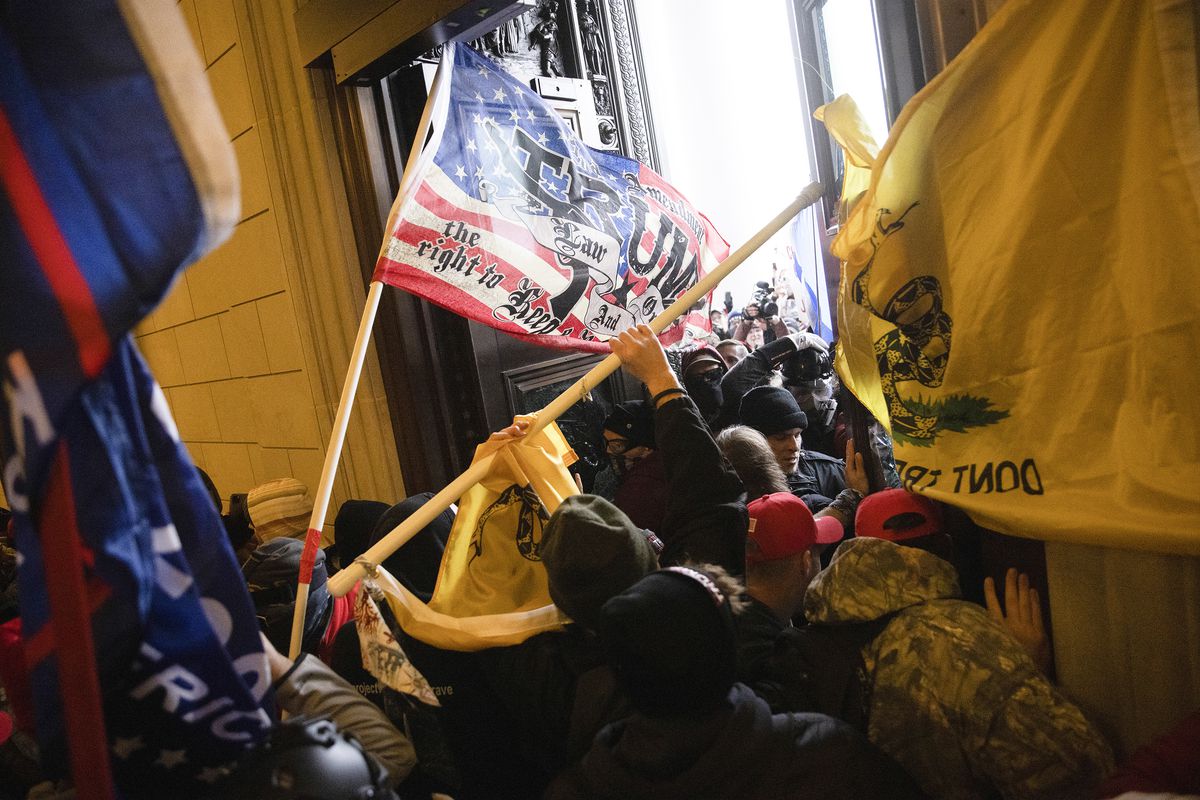 A pro-Trump mob breaks into the US Capitol. Win McNamee / Getty Images

The count had barely begun – Congress was dealing with the Trump allies' objection to the Arizona results – when a mob pushed past security and forcibly entered the U.S. Capitol. As a result, the count was suspended for six hours while law enforcement attempted to ensure the safety of Congressmen and to evacuate the building.

No members of Congress were injured, according to DC police, but four people died in the storm of the building – a Trump supporter who was shot and killed by a Capitol police officer and three others who died from medical complications. Trump was slow to discourage the chaos (reports suggest he welcomed it) and did not ask protesters to go home until after two hours in the building. Because of this, Twitter soon banned Trump's account.

Finally, the Congress convened shortly after 8 p.m. East. Members closed their debate and voted on the objection to the Arizona results. The Senate voted 93-6 and the House 303-121. The events of the day spurred some GOP senators to abandon their plans to object to Georgia's results, which accelerated the process. But Senator Josh Hawley (R-MO) stuck to his plans to object to the Pennsylvania results and force another failed vote.

In the end, Biden got all the votes he was entitled to. But the day is not really reminded of that. Rather, the spectacle of thousands of the President's supporters disrupting the peaceful transfer of power in the United States, however brief, could haunt the country for some time.

The troubling events even sparked a new round of discussion on whether Trump should be involuntarily removed from office or deprived of his powers before his term expires at 12:00 p.m. on Jan. 20. And the answer may depend on how Trump plans to act in his last two weeks.

Republicans indulged Trump's lies about a stolen election for two months. That was the result.

The storming of the Capitol was the culmination of months of lies and conspiracy theories about an allegedly stolen election spread by President Trump – lies that were often spoiled or left unchallenged by top Republicans.

But before January 6, relatively few in the party had the courage to openly debunk or question Trump's false claims. Some happily accepted it (whether out of real faith or for cynical political reasons); others rolled their eyes and avoided comments. (In a now infamous quote, an anonymous senior Republican official told the Washington Post in early November, "What's the downside to humiliating him for this short amount of time? Nobody seriously believes the results will change.")

The problem is, not everyone was involved in the joke – as made clear by those who stormed the Capitol, many of whom believed in the stolen elections or other conspiracy theories related to QAnon. 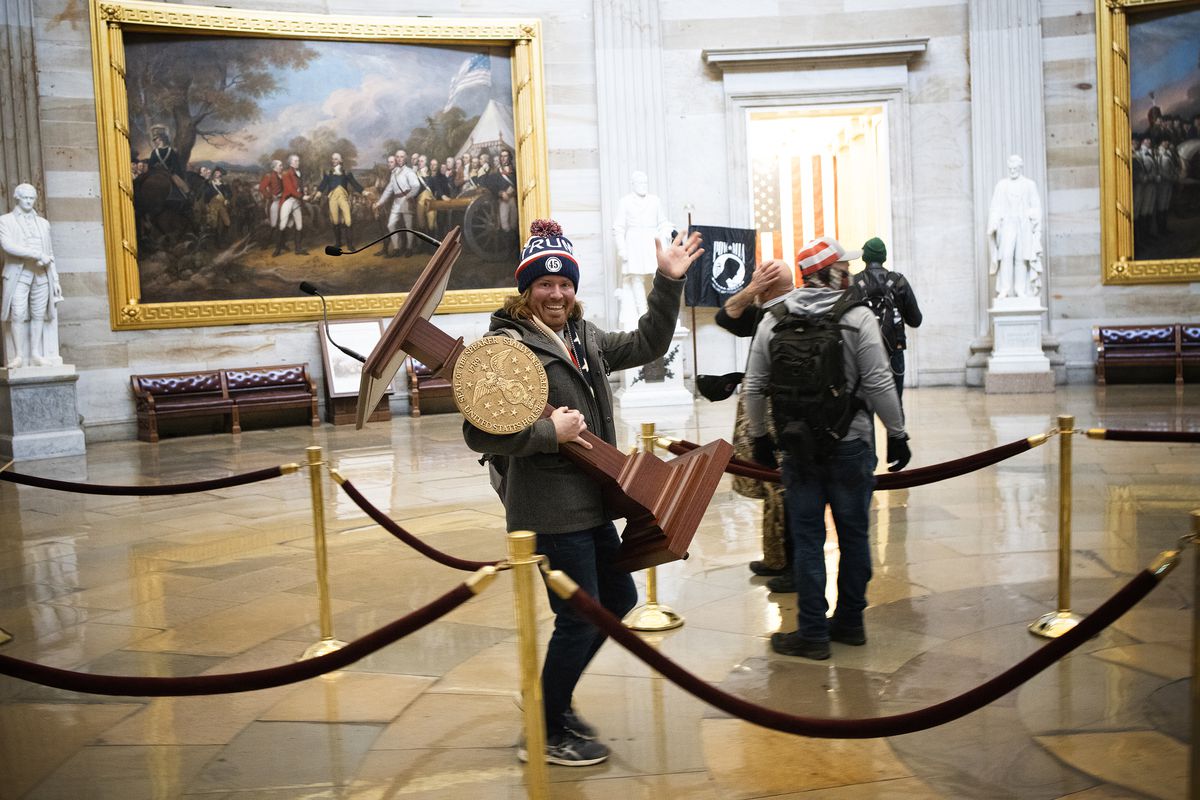 A Trump supporter steals the lectern of the Speaker of the House Nancy Pelosi after a pro-Trump mob stormed the U.S. Capitol. Win McNamee / Getty Images

Over the past two months, Trump's efforts to overturn Biden's victory have centered on various legal mechanisms – state certifications, the composition of state electoral rolls, lawsuits filed in court, attempts to reject state results in Congress, and Trump's cockamamy idea that Pence is one-sided could change the results. Most of these had already failed, and the Congress-centered effort was on track to fail on Wednesday.

Now Trump's campaign resources flirted with illegality – particularly when he tried to pressure Georgia’s secretary of state to find votes for him. In particular, there was talk of Trump's ally Michael Flynn that the president could go further, for example by using the military to order new elections.

But the storming of the Capitol by Trump supporters, instigated by the president himself, was a completely extralegal attempt to disrupt the change in power. The question is whether it is a one-off or a harbinger of a new phase.

It didn't have to be that bad. It could have been a lot worse.

The peculiarities of the spectacle that took place on Wednesday were not only threatening, but also bizarre.

Large-scale protests are not uncommon in the country's capital, and especially in the Capitol complex. Law enforcement officers understand very well how to lock down an area if they so choose.

But for unclear reasons – possibly due to poor planning and a total underestimation of the threat – the Capitol Police allowed large groups of demonstrators to get extremely close to the building and as a result they eventually pushed their way inside.

This was avoidable with better planning and security, and there will certainly be blame law enforcement officials as to why they dropped the ball here. The answer is not yet clear, although Carol Leonnig, Aaron Davis, Dan Lamothe, and David Fahrenthold of the Washington Post have begun looking into this question. Legislators have already called for investigations into the actions of the Capitol Police. 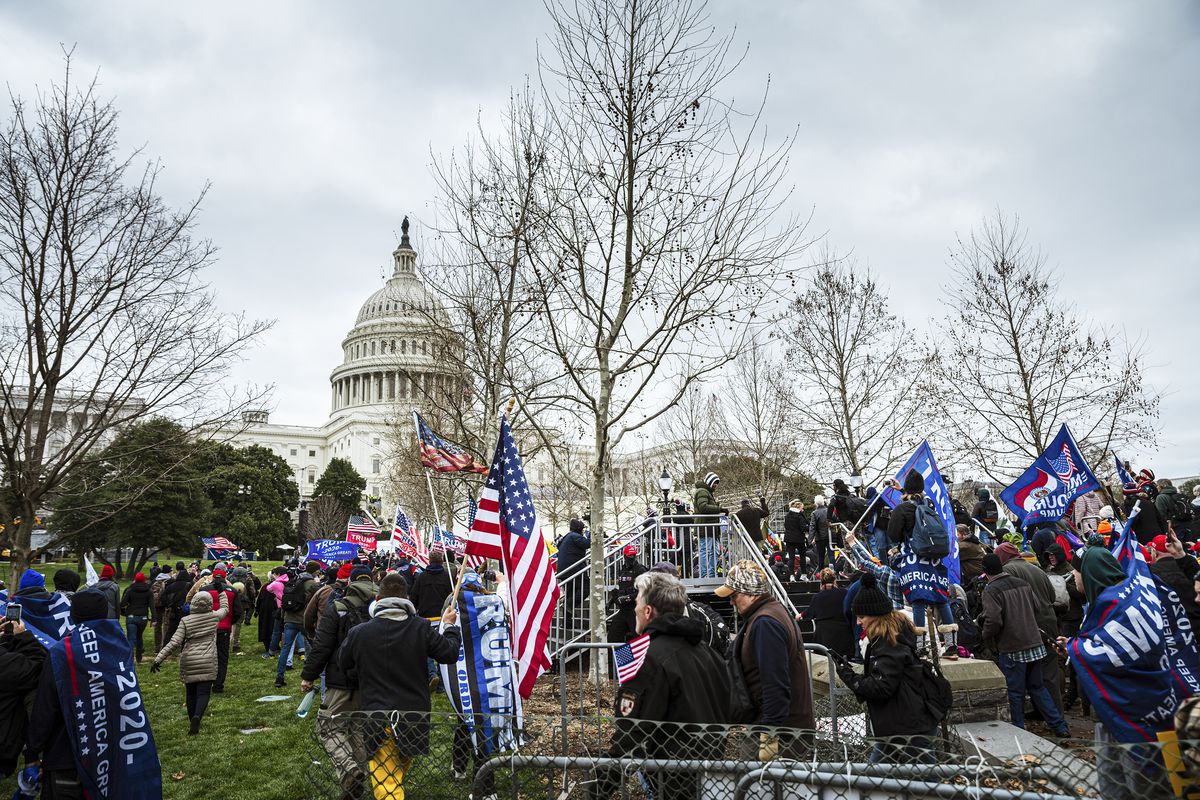 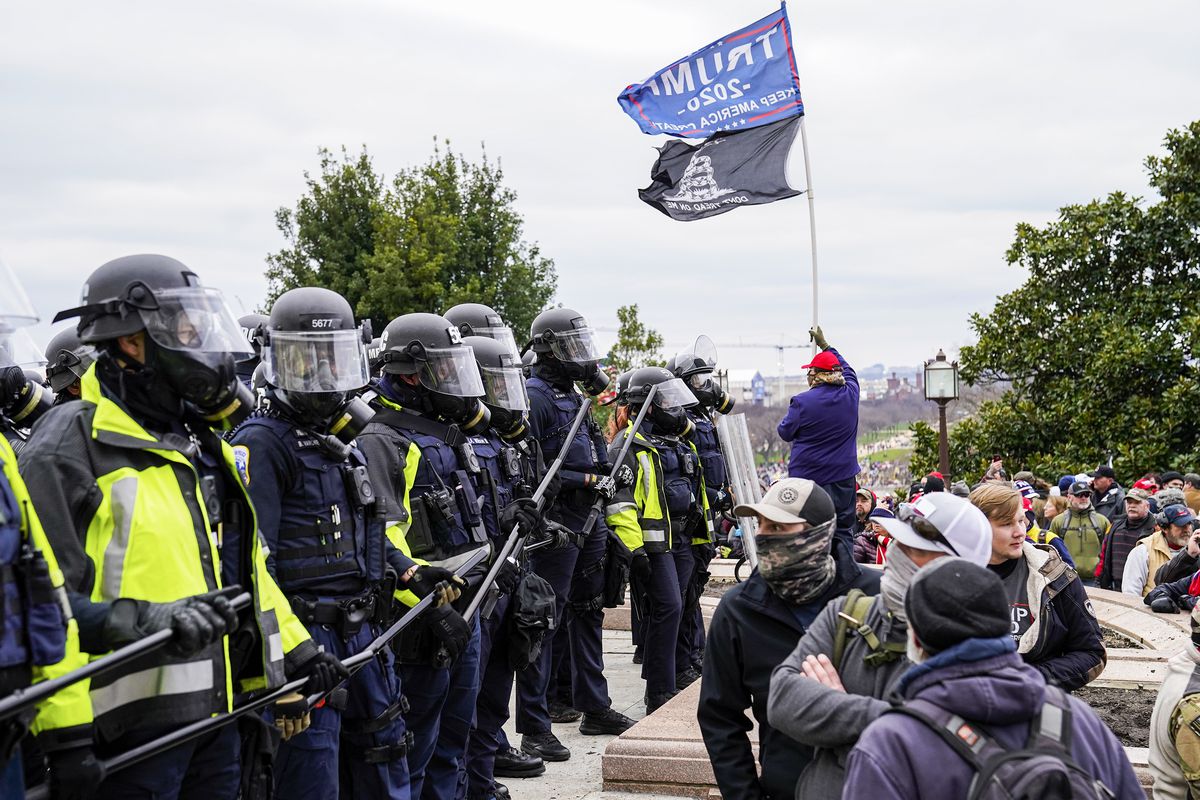 The downside is that despite this gigantic lack of security, the officers were pretty lucky that there wasn't much more violence. If it finally turned out to be so easy to get into the Capitol, why couldn't people get in with more deadly weapons? Even if most had no intention of harming anyone, it would take a few to create a bloodbath.

And some people apparently wanted violence. DC police chief Robert Contee said police discovered pipe bombs near the Democratic and Republican National Committee buildings and a cooler of Molotov cocktails near the Capitol building, according to WUSA9.

It's a threatening reminder that things could have been a lot worse – and that they could get worse in the days to come.

The behavior of the President of the United States during all of this was alarming.

According to Maggie Haberman of the New York Times and other outlets, not only did he refuse his supporters from entering the Capitol in the first place after they broke into the building, but he also turned down requests to call the National Guard to help restore security to contribute. (Haberman also reported that Trump "lost it" according to a senior advisor.)

Republican leaders weren't happy with what was going on. "We're not being kept out of this chamber by thugs, mobs, or threats," said Senate Majority Leader Mitch McConnell after the Senate convened Wednesday night. “We will not bow to lawlessness or intimidation. We're back to our posts. We will do our constitutional duty and our nation. “Some White House officials appeared to resign in protest, including the First Lady's chief of staff. 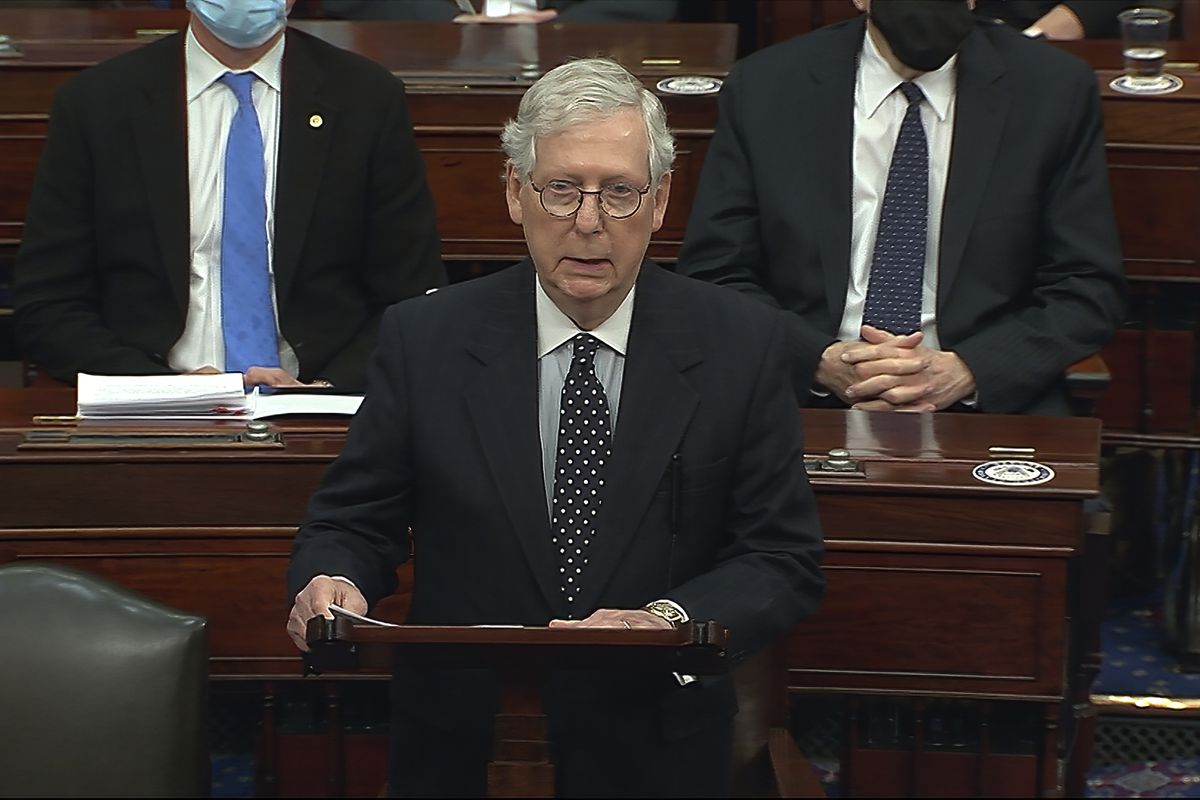 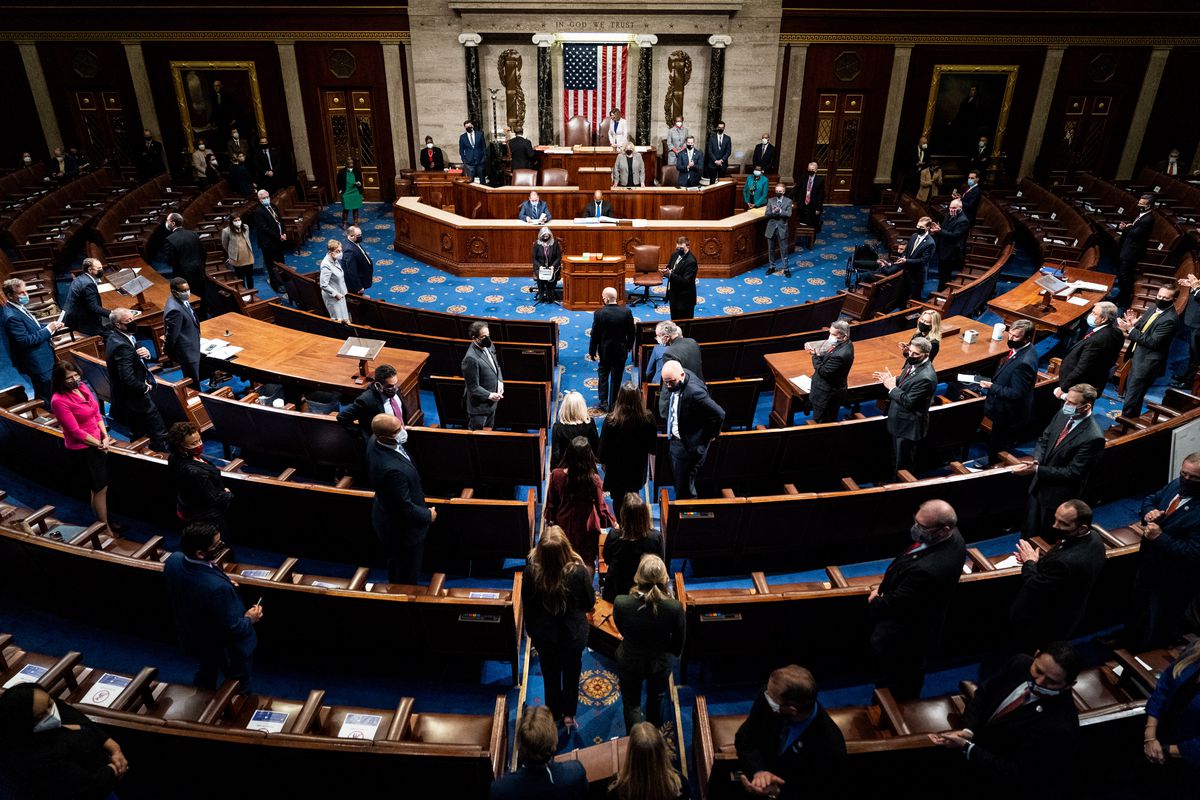 The votes of the electoral college are cast before the resumption of a joint congressional session. Erin Schaff / Getty Images

Some Republican senators who planned to object to Biden's victory, including just-defeated Senator Kelly Loeffler of Georgia and Senator Marsha Blackburn of Tennessee, dropped their planned objections to the results based on the day's events – leading to an overwhelming rejection of the Senate added some of the challenges.

Yet 121 out of 204 House Republicans in attendance voted in record votes to get the results in Arizona that Biden won. It will clearly take more than a scant storm of the Capitol to shake Republicans' loyalty to Trump. The party is apparently not yet ready to break completely with him.

But Trump's behavior during the day raised concerns about whether he should really stay in power for another 14 days. The Democrats openly called for either his impeachment and removal from office, or the removal of his powers as president under Section 4 of the 25th Amendment to the Constitution. This latter method was never used, but both CBS and Axios reported Wednesday that Republican officials were discussing it. (It would require Vice President Pence and a majority in the Cabinet to agree that President Trump is "unable" to perform the duties and powers of his office.)

Neither seems particularly likely at the moment, but the question of what happens next really rests with Trump. Using such an extreme reaction as a second impeachment or the 25th Amendment would require strong Republican support – and that would likely only happen if Trump really crossed the Rubicon.

The way to watch the final Trump-Biden debate

Democrats unveil a one-year plan to ship as much as $ three,600 per youngster to households