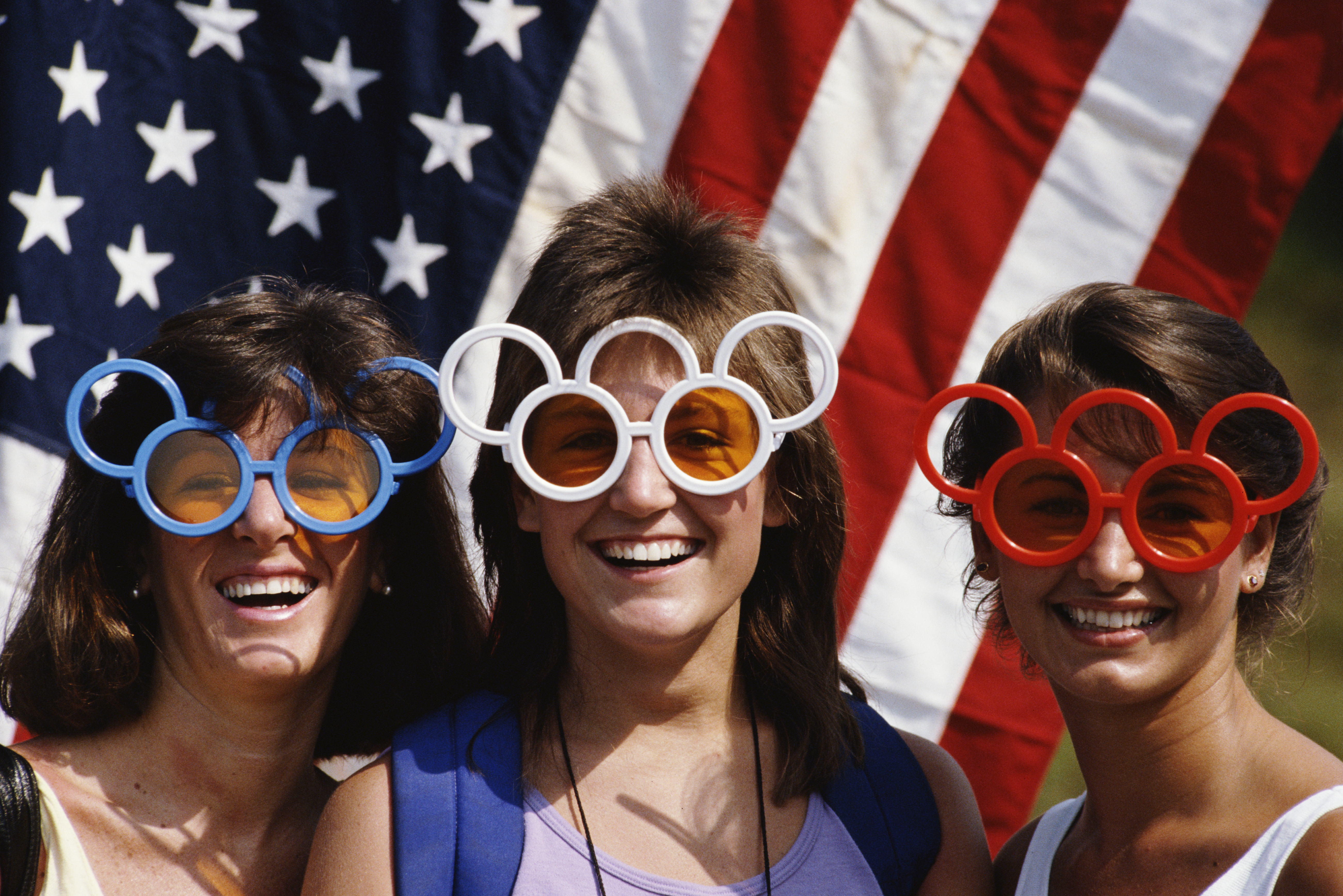 Like most of you, I suspect, I’ve spent the past couple of weeks focused on two events. The first is the Olympics; the second is the rapidly rising number of COVID-19 cases fueled by the delta variant and especially the reluctance or refusal of millions of Americans to get vaccinated. The combination of these two concerns got me thinking about nationalism.

First, the Tokyo Games. The modern Olympics was originally intended to be a collaborative celebration that transcended nationalism, with amateur athletes from around the world coming together to compete on the athletic field rather than the battlefield. A nice idea, perhaps, but it became just another arena of national competition almost immediately as different countries sought to win medals to demonstrate the superiority of their political and social orders. Not surprisingly, governments competed to host the Games and used that role to burnish their international image as well.

Like most of you, I suspect, I’ve spent the past couple of weeks focused on two events. The first is the Olympics; the second is the rapidly rising number of COVID-19 cases fueled by the delta variant and especially the reluctance or refusal of millions of Americans to get vaccinated. The combination of these two concerns got me thinking about nationalism.

First, the Tokyo Games. The modern Olympics was originally intended to be a collaborative celebration that transcended nationalism, with amateur athletes from around the world coming together to compete on the athletic field rather than the battlefield. A nice idea, perhaps, but it became just another arena of national competition almost immediately as different countries sought to win medals to demonstrate the superiority of their political and social orders. Not surprisingly, governments competed to host the Games and used that role to burnish their international image as well.

Nationalism now runs rampant throughout the entire proceeding. Televised coverage is relentlessly jingoistic (at least in the United States), and every broadcast repeats the latest medal count as if this was a revealing indicator of national merit. However much we may be entertained by individual feats of prowess or by plucky underdog stories (like Fiji’s gold medal in rugby and Ahmed Hafnaoui of Tunisia’s victory in the 400 meter freestyle), I’ll bet most viewers are mostly rooting for their own fellow citizens.

I’m no exception. I know; I’m supposed to be a hard-nosed realist who understands the broader currents of global politics and should be at least partly immune to this sort of reflexive patriotism. Why should I care if U.S. athletes are best at beach volleyball, 3-on-3 basketball, the pole vault, or street skateboarding? I don’t know any of these people personally, and I have no idea which of the various athletes competing in the Games are admirable individuals and which are jerks. Shouldn’t I just applaud whoever turns out to be the best or cheer for the individual whose backstory is most inspiring? With certain exceptions, however, I can’t help rooting for the U.S. team, not just because they tend to get the most hype from the TV commentators I watch. I find myself feeling disappointed if they don’t win, and I suspect I’m not alone here.

Such is the power of nationalism. Nationalism is the idea that humans form distinct tribes based on a common language, culture, ethnicity, and self-awareness, and such groups ought to be able to govern themselves. It is both an immensely powerful and somewhat mysterious idea: Why do humans feel a sense of attachment or kinship toward millions of people they’ve never met simply because they are part of the same nation? Even more remarkably, why do individuals make sacrifices—and, in some circumstances, risk their own lives—for this “imagined community” of strangers? To repeat: Why am I rooting for athletes I don’t even know, knowing full well I would probably root against them if they happened to be wearing a different uniform?

We behave this way because we are social animals, and “nations” are the largest social grouping most people feel a powerful sense of identity and attachment to. Governments of all kinds have long sought to reinforce a sense of national identity because it makes the state harder to conquer, facilitates internal commerce, encourages citizens to make sacrifices for the common good, and usually makes it easier for those in power to govern. It is no surprise authoritarian leaders (like Chinese President Xi Jinping, Hungarian Prime Minister Viktor Orban, Russian President Vladimir Putin, and Brazilian President Jair Bolsonaro) frequently turn to nationalist appeals to bolster support. And relentless appeals to nationalism were a big part of former U.S. President Donald Trump’s appeal, even though they were wholly insincere.

Early in my career, I was bothered by nationalism and thought it was an anachronism that needed to be curbed. I associated it with international conflict and regarded it as one of those forces that make the world more dangerous. There’s no question that nationalism can be a source of considerable trouble, especially when it encourages states to see other nations as irredeemably evil or leads countries to whitewash past misconduct in ways that fuel disagreements later on. As author William Ralph Inge once warned, “a nation is a society united by a delusion about its ancestry and by a common hatred of its neighbors.” Nationalism can also foster war by convincing a country it is innately superior, and therefore, opponents will be easy to defeat.

But nationalism also has its virtues, and lately, I’ve been thinking we could use a bit more of it in the United States. As noted above, patriotism and national unity can make countries hard for foreigners to conquer and thus enhance national security. Equally important, nationalism encourages citizens to sacrifice their individual well-being for the sake of the nation they are a part of and to take pride in helping make that nation better off, even if their own selfish interests are not furthered. Who knows? It may even lead some athletes to perform better in international competitions.

Which brings me to COVID-19.

A depressing aspect of the erratic U.S. response to the pandemic is the absence of a powerful, unified, can-do, “we’re all in this together” spirit. To be sure, medical personnel, public employees, and many others have made enormous and courageous sacrifices for the common good, and many others have adjusted their behavior by wearing masks, supporting local businesses, increasing charitable contributions, and taking other steps to help the country defeat the pandemic and move on. But in sharp contrast to the broad spirit of national sacrifice that animated the U.S. response during World War II—like scrap drives, war bond campaigns, rationing, and volunteering for military service—the campaign against COVID-19 has been undermined by widespread selfishness from the start.

It began with Trump, who was more concerned with what the virus might do to his electoral prospects than he was with the well-being of the nation. It continued with the millions of people—most but not all from Make America Great Again-land—who became convinced wearing a simple cotton mask was not a rather trivial sacrifice for the good of their country and community but a dangerous infringement on their liberty. In other words, their personal comfort and egos were more important than either the health of their fellow Americans or the broad common goal of putting the pandemic behind us. And it has continued with all those against vaccinations, whose selfish refusal to be inoculated has allowed the delta variant to spread rapidly and bring the latest wave of infections.

The most despicable of all are the politicians, pundits, and grifters who have sought to advance their careers by feeding their audiences patently false information and reinforcing vaccine reluctance. Even worse, such dangerous misinformation comes primarily from some of the same people who have their hair on fire about dangers from other countries and are quick to accuse Black Lives Matter protesters of being unpatriotic. They say they want to “make America great,” but their actions are prolonging the pandemic and weakening the nation relative to others. It may not be treason, but it sure ain’t patriotism.

Unfortunately, some of the efforts to address to this self-inflicted wound rely on appeals to selfishness instead of the common good. Officials trying to overcome vaccine reluctance cater to individual self-interest (“get the shot, so you won’t get sick or die”) or they offer lottery tickets and other incentives to get people to roll up their sleeves and get immunized. Such tactics undoubtedly work with some people, but where are the patriotic appeals to the nation as a whole to unite and protect one another against a clear and all-too-present danger that has killed 200 times more people than died on 9/11?

And where is the broad and widespread social sanction directed at those against vaccines, the sort of ostracism that would have been directed at anyone defending al Qaeda’s actions in the aftermath of 9/11? The pandemic has also caused vastly more economic harm than al Qaeda founder Osama bin Laden ever did, yet the United States is reluctant to label vaccine refusers a threat to the nation as a whole and skittish about imposing a vaccine mandate (even though the United States has done this successfully in the past). I want U.S. President Joe Biden, Defense Secretary Lloyd Austin, Rep. Alexandria Ocasio-Cortez, former U.S. Presidents Barack Obama and George W. Bush, Sen. Mitch McConnell—and yes, even Trump—to make a speech every week on the importance of getting immunized now, and I want them to tell people you are letting the country down if you don’t.

In short, a bit more nationalism would go a long way these days. I don’t mean the self-serving and historically ignorant jingoism of former U.S. Secretary of State Mike Pompeo or the airbrushed version of U.S. history Trump’s 1776 Commission provided. I mean an honest and accurate account of the United States’ past that highlights the nation’s many virtues while, at the same time, is self-confident enough to acknowledge where it has fallen short. An honest narrative would venerate the usual heroes of the U.S. saga but also acknowledge their shortcomings. And as befits a free society, it would also highlight the dissidents, contrarians, and stubborn idealists who helped make the country better (while acknowledging their flaws too).

I see no reason why an honest history cannot be a vibrant source of national pride; indeed, Americans can take pride in their willingness to look at the past unflinchingly, unlike brittle authoritarian regimes that try to hide their mistakes and feel citizens must be indoctrinated with a sanitized version of the past. And in my experience at least, students are more engaged by a history that does not shrink from controversy and disagreement; nothing is more boring than being spoon-fed a set of canned facts and interpretations. A more accurate telling of the United States’ story might also help foster the mutual respect and cohesion an increasingly diverse country needs.

Some people suggest only a foreign enemy can provide the sense of common purpose and unity that seems to be so lacking in the United States today. There is a certain logic to that position, of course, but trying to generate unity at home by focusing on enemies abroad has obvious risks too. The United States has no shortage of foreign-policy problems to deal with, so why not rally the nation behind an equally momentous common danger like the coronavirus—and maybe throw in climate change as well? We aren’t quite sure how to deal with China, Russia, Iran, and Pakistan, but science has already given us everything we need to defeat the virus. All it takes is getting enough shots in people’s arms. Climate change is a bigger and tougher problem, but we already know a lot about what needs to be done there too. Appealing to everyone’s individual self-interest won’t get the job done, however. It’s time to play the nationalism card again. 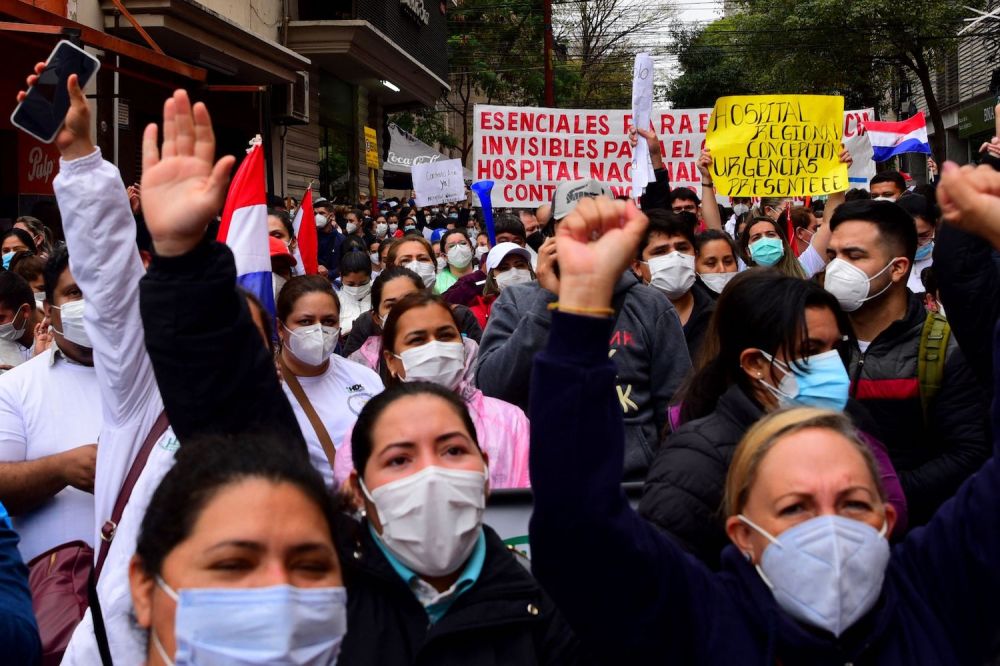 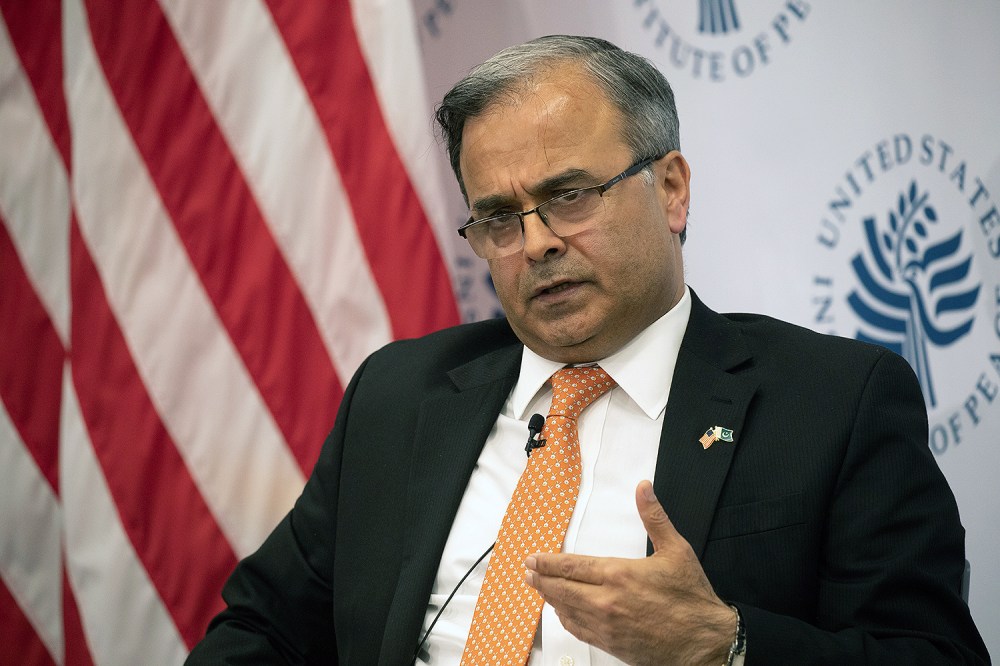 Pakistani Ambassador: ‘Terrorism Is Our Concern as A lot as It Is Your Concern’ 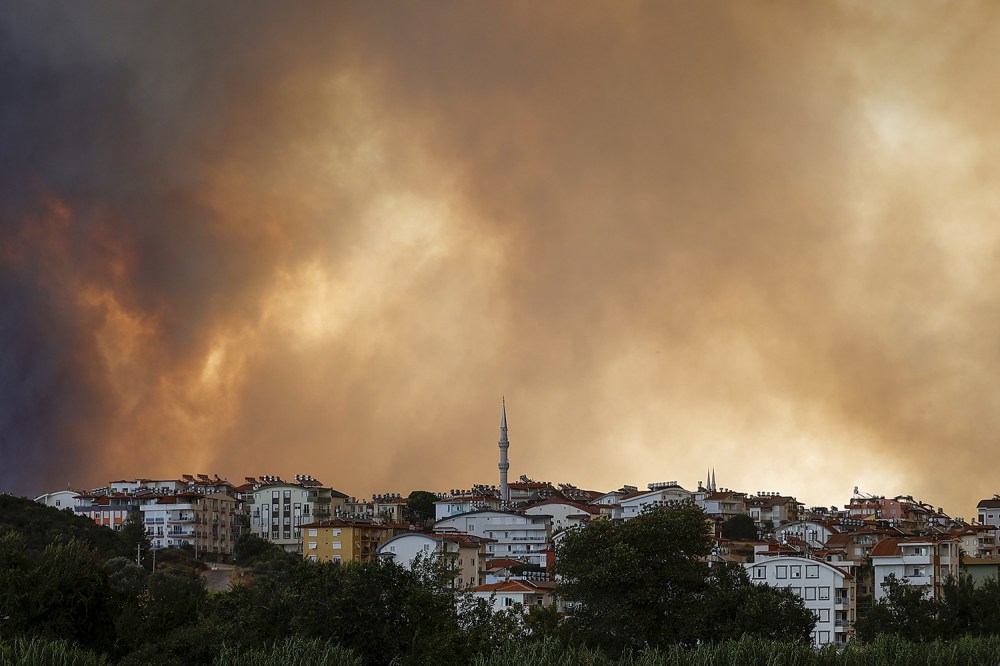 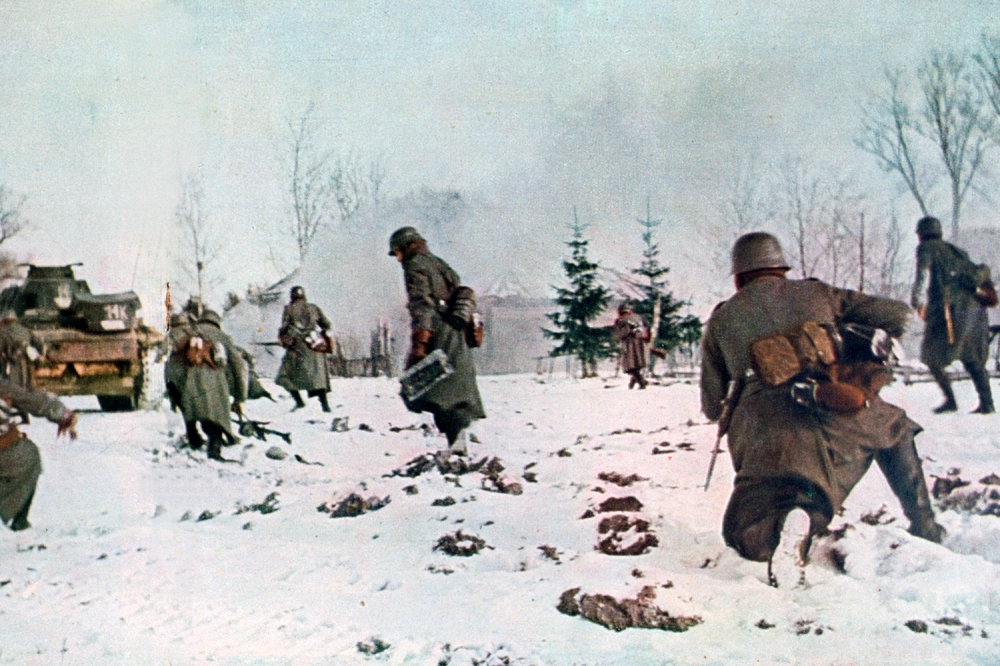