According to WSJ, this coronavirus advertising campaign would have cost taxpayers $ 250,000,000 and was coordinated by the Department of Health and Human Services. Titled "Covid 19 Public Health and Reopening of American Civil Service Announcements and Publicity Campaign," the plan would have offered a deal that would have given Santa Claus cast members – like the rest of the American public – vaccines early to get out there and bring them Christmas joy to consumers Americans.

This was part of a big push to use celebrities like Dennis Quaid to make public announcements to respond to our national crisis, as with any effort by this government. The deal, like every other deal that Trump and his henchmen faked, failed. An HHS spokesman told the WSJ that Alex Azar was unaware of this little plan.

This somewhat bizarre idea was reportedly picked up by HHS Secretary Michael Caputo. The plan involved introducing newly vaccinated Santa cast members (with Elves and Mrs. Clauses) to events in around 35 cities, and was apparently used by Trump to make a flimsy argument for Trump and MAGA heads winning and Christmas being saved … before Trump?

In a 12-minute conversation with Ric Erwin, chairman of the Fraternal Order of Real Bearded Santa Clauses, Caputo allegedly told Erwin that if Santa Clauses weren't "essential workers, I wouldn't know what it is". I mean, I can think of a few like doctors and nurses … EMT workers … teachers. I just had my first cup of coffee, but I'm sure I could find about 1,000 jobs before the Santa Claus cast. 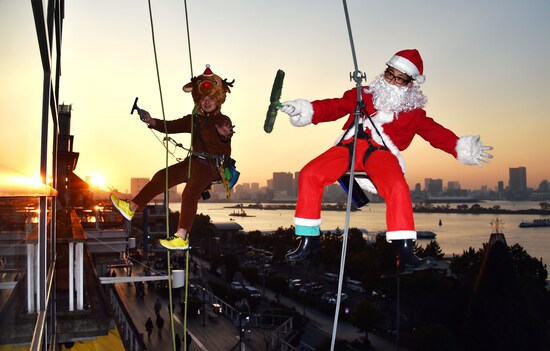 Be clear. Trump et al. Screwed up all of this fun

Caputo is the ridiculous person who is on a 60-day "vacation to focus on his health and family well-being" after it was revealed that he has been actively undermining the Centers for Disease Control and Prevention for months and attacks. Sounds like a guy Donald Trump can understand.

I am 45 years old and have never missed a New York Christmas party with my immediate family in my entire life. Even after moving from the west over a decade ago and even with two young children, I've been going back every year to celebrate the holidays with family in general. I won't be able to do this this year because Donald Trump and the Republican Party addressed our country's national security response to the COVID-19 virus. The Republican Party was right: there is a war on Christmas and all of these families appreciate things to babble about when it suits them. But this war is from within. Along with their most conservative Christian base, they have turned their own temples into thief poems.

Monday Evening Owls: Constructing on a historical past of resistance, black ladies lead this election