On January 6, Ashli Babbitt was part of a mob that came within feet of laying hands on members of Congress who were still being evacuated from the Capitol. She was shot and killed by a US Capitol Police officer when she tried to climb through a glass pane that represented the last barricade between rioters and the government officials.

All of this is on video. During former President Donald Trump’s impeachment trial for his role in inciting the January 6 insurrection, the impeachment managers played a video of these events.

The deadly use of force by law enforcement always merits critical scrutiny. Instead, there’s a campaign to mythologize Babbitt. Trump, as part of a broader effort to justify what happened on January 6, has recast Babbitt as a martyr — a victim whose tragic fate encapsulates why Trump supporters have good reason to feel aggrieved.

That campaign has been percolating for months, but it received one of its purest expressions during Trump’s interview with Maria Bartiromo for the most recent installment of her Sunday morning Fox News show.

“Who is the person who shot an innocent, wonderful, incredible woman — a military woman — right in the head, and there’s no repercussions,” Trump said, falsely, as Babbitt was actually shot in the torso. “If that were on the other side, it would be the biggest story in this country. Who shot Ashli Babbitt?”

Bartiromo agreed with Trump’s sentiments, then did her part to mischaracterize the events of January 6.

“Ashli Babbitt, a wonderful woman, fatally shot on January 6 as she tried to climb out of a broken window,” Bartiromo said, making it sound as though Babbitt was trying to escape the Capitol when in fact she was part of a group attempting to enter the US House chamber. She and Trump went on to strongly hint that the officer who shot Babbitt is somehow affiliated with prominent Democrats.

“I’ve heard also that it was the head of security for a certain high official. A Democrat. … It’s going to come out,” Trump said. (This claim was quickly debunked — CNN reported on Monday that the officer who shot Babbitt was not part of a security detail for a member of Congress.)

Trump on who shot Ashli Babbitt: “I’ve heard also that it was the head of security for a certain high official. A Democrat. It’s gonna come out.” pic.twitter.com/n8WZaN0haC

Again, Babbit’s killing, like any fatal shooting by law enforcement, merits scrutiny. But the idea that it is somehow equivalent with the murder of George Floyd — a comparison made by Rep. Marjorie Taylor Greene (R-GA) last week — is belied by the video.

Footage shows an angry mob, including Babbitt — a 35-year-old Air Force veteran and QAnon cultist who retweeted posts in the days leading up to January 6 suggesting that then-Vice President Mike Pence should be executed for treason because he refused to try to overturn the election results for Trump — trying to break down the last barrier physically separating them from members of Congress. That attempt prompted an officer to draw a weapon in an effort to deter rioters from going further toward the speaker’s lobby. The officer shot once at Babbitt after she attempted to jump through the door via the aforementioned broken glass pane.

While people can argue in good faith about whether there was a non-lethal way to prevent Babbitt from entering the House chamber, the video offers evidence that the officer’s decision to use deadly force was defensible. That Trump is insisting otherwise, six months after Babbitt’s death and right as he’s resuming regular rallies and speeches, highlights how central lies about the 2020 election will be to his campaigning going forward — and how the Republican Party he dominates will be an existential threat to democracy so long as they indulge these lies.

Trump thinks the insurrection was a “lovefest”

The broader context for Trump’s comments about Babbitt is his effort to transform the supporters of his who ransacked the Capitol from perpetrators to victims. Those supporters, inspired by Trump’s relentless election fraud lies, were there to prevent Congress from certifying his election loss to Biden. And though Trump may have condemned the violence on Capitol Hill in the days following January 6, now he’s making full-throated defenses of the insurrectionists.

While videos of that day show an angry crowd chanting things like “hang Mike Pence” and “take the Capitol,” Trump’s comments to Bartiromo incoherently alternated between making it sound like the insurrection was some sort of picnic in the park and insisting his supporters had good reason to be so angry. Trump insisted that those still incarcerated because of charges connected to their activities that day should be immediately released.

“They have to release the people that are incarcerated. They won’t do it to the other side,” Trump told Bartiromo, drawing a false equivalency between the insurrectionists and Black Lives Matter protesters.

Trump is also whitewashing his own role in instigating the insurrection. During his interview with Bartiromo, he described the speech he delivered just before the breach of the Capitol as “very mild-mannered,” ignoring that he actually mentioned “fight” or “fighting” at least 20 times.

“There was such love at that rally … they were peaceful people,” Trump said. “The love in the air, I’ve never seen anything like it.”

That remark turns reality upside down. Mehdi Hasan’s MSNBC show put together a helpful video highlighting the disconnect between Trump’s latest comments about January 6 and video of what actually happened that day.

If you only watch 1 thing tonight, please watch this rather chilling video that my producer, the great & powerful Ivy Green made, putting Trump’s lying pro-terror words on Fox over images of the actual violence from January 6th.#mustwatch @MehdiHasanShow pic.twitter.com/JGkI6K1Ox8

Ultimately, more than 150 officers were injured, with Capitol Police Officer Brian Sicknick dying the next day (there is some uncertainty about his cause of death). In addition to Babbitt, three Trump supporters died, with one of them — a 34-year-old woman named Rosanne Boyland — being trampled to death as Trump supporters clashed with law enforcement outside the Capitol.

Nonetheless, during his interview with Bartiromo, Trump described what happened that day as “a lovefest between the Capitol Police and the people who walked down to the Capitol.” Both Bartiromo and Trump expressed indignation that, as Bartiromo put it, “they continue to call this an armed insurrection, and yet no guns were seized” — overlooking that, in fact, at least four insurrection attendees were charged with firearms-related crimes, and that weapons seized that day included stun guns, pepper spray, baseball bats, and even pipe bombs.

Trump’s recent focus on Ashli Babbitt makes very clear that lies about the 2020 election will be central to his political identity — and that of the Republican Party he dominates — going forward.

The lie Trump has been pushing is that Babbitt and the rest of the January 6 insurrectionists had good reason to attack Congress that day, because the election was stolen from him. And while there’s no evidence to back that up, Trump’s speech Sunday afternoon at CPAC Dallas — an event where he dominated the presidential straw poll — demonstrated he’s not above just making stuff up.

“You saw what happened in Georgia the other day. They found 35,000 votes,” Trump said, mischaracterizing a recent article from a right-wing publication about voters who may have moved from one Georgia county to another outside of a statutory 30-day grace period — hardly the type of politically motivated fraud Republicans have been fear-mongering about.

“Then they deleted, in Georgia, over 100,000 votes, because they were so bad, voters,” Trump continued, referring to the state’s recent routine move to purge 100,000 names from voter registration rolls.

For Trump, evidence or lack thereof isn’t important — what matters is that enough Republican voters buy his lies about the election so that it’s impossible for those who don’t indulge them to stay in the party. The purge appears to be succeeding. Consider Rep. Liz Cheney (R-WY), who lost her spot in House leadership because she voted for Trump’s impeachment, or even Trump’s boasts at CPAC about how Sen. Bill Cassidy (R-LA) can’t walk down the streets in his home state without being harassed by Trump supporters who are upset with his vote to convict Trump.

But diatribes about voter rolls and voting machines don’t have the same emotional impact as the story of Babbitt. After all, many Trump supporters probably see elements of themselves in her, as a veteran who was radicalized by viral conspiracy theories.

Turning Babbitt into the MAGA version of Horst Wessel has become a central theme of Trump’s return to public life. And her ascension to martyr status symbolizes how, now more than ever, Trumpism stands in opposition to free and fair elections. 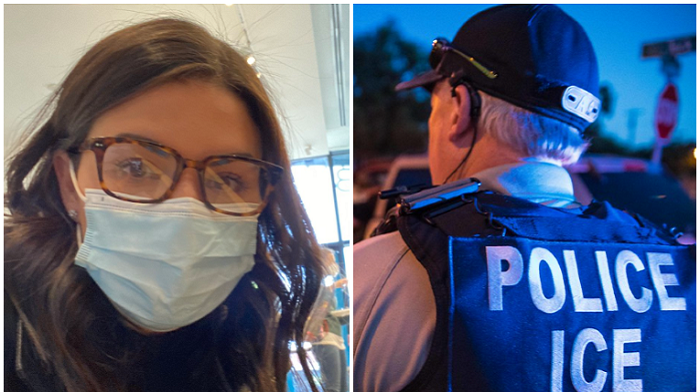 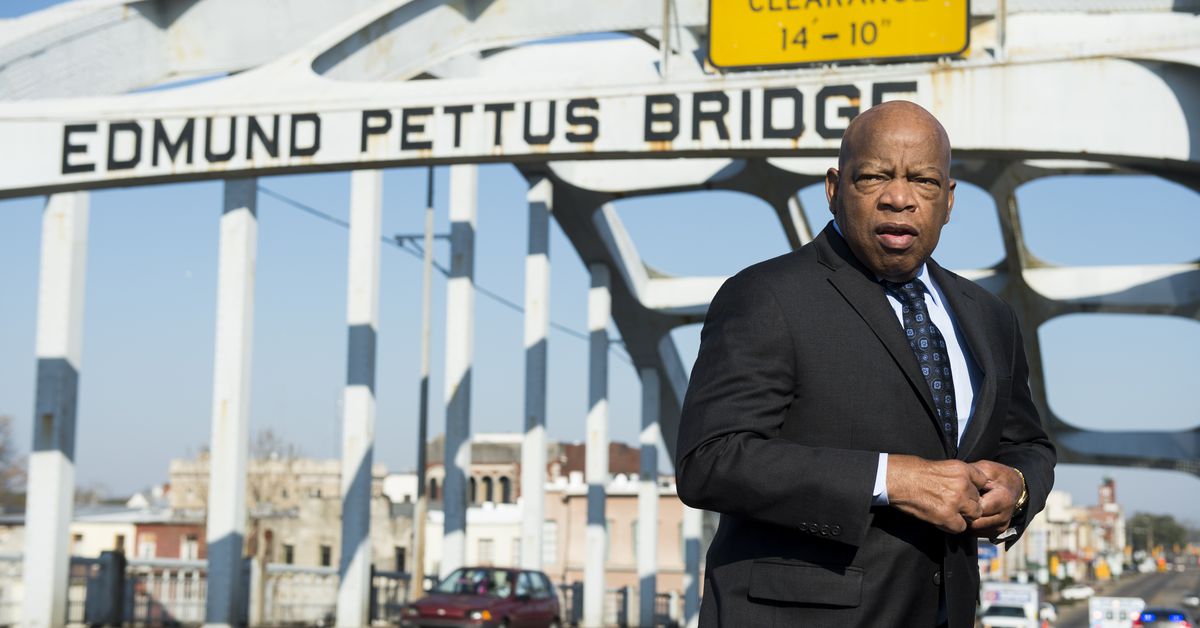 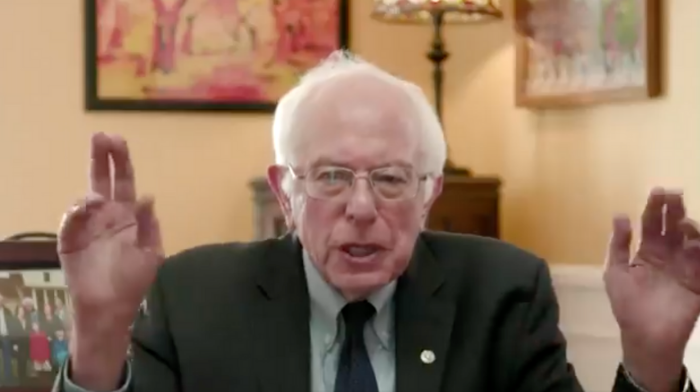